Enter quantity and select options before adding to cart.

The OSFHU high-bay occupancy sensor is specifically designed for high mounted areas such as warehouses, manufacturing and other high ceiling applications. The OSFHU installs directly to an industrial fluorescent luminaire or an electrical junction box. It is a self-contained sensor and relay that turns individual light fixtures on or off based on occupancy in the detection zone. It comes with three interchangeable lenses for use in either a 360-degrees high-bay or 360-degrees low-bay general area or an aisle way. The OSFHU provides reliable coverage up to 40 ft. Mounting heights. The OSFHU is also available in a model for cold storage applications with temperatures as low as -40-degrees f. To improve the field-of-view for deep body fixtures, a separate offset adapter accessory (OSFOA-00W) can be used to position the sensor below the fixture body. The adapter simply snaps into a 1/2-inch knockout on the end of the industrial fixture to attach the sensor. Fixture-mounted PIR high-bay sensor with 3 interchangeable lenses, white.

(No reviews yet)
Write a Review 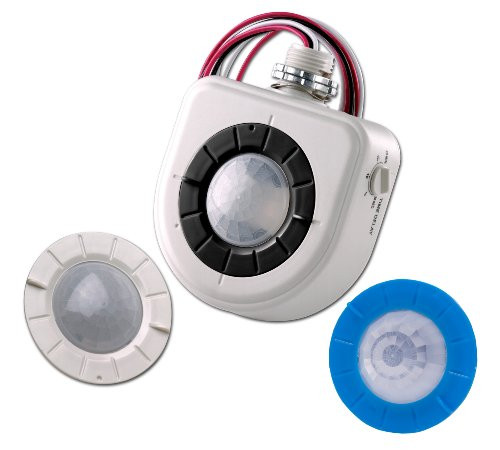 Note: Product image are for illustration purposes only. Actual product may vary due to specific configuration.

If you have a question about this product, feel free to ask it here. One of our experts will contact you to provide an answer as soon as possible.